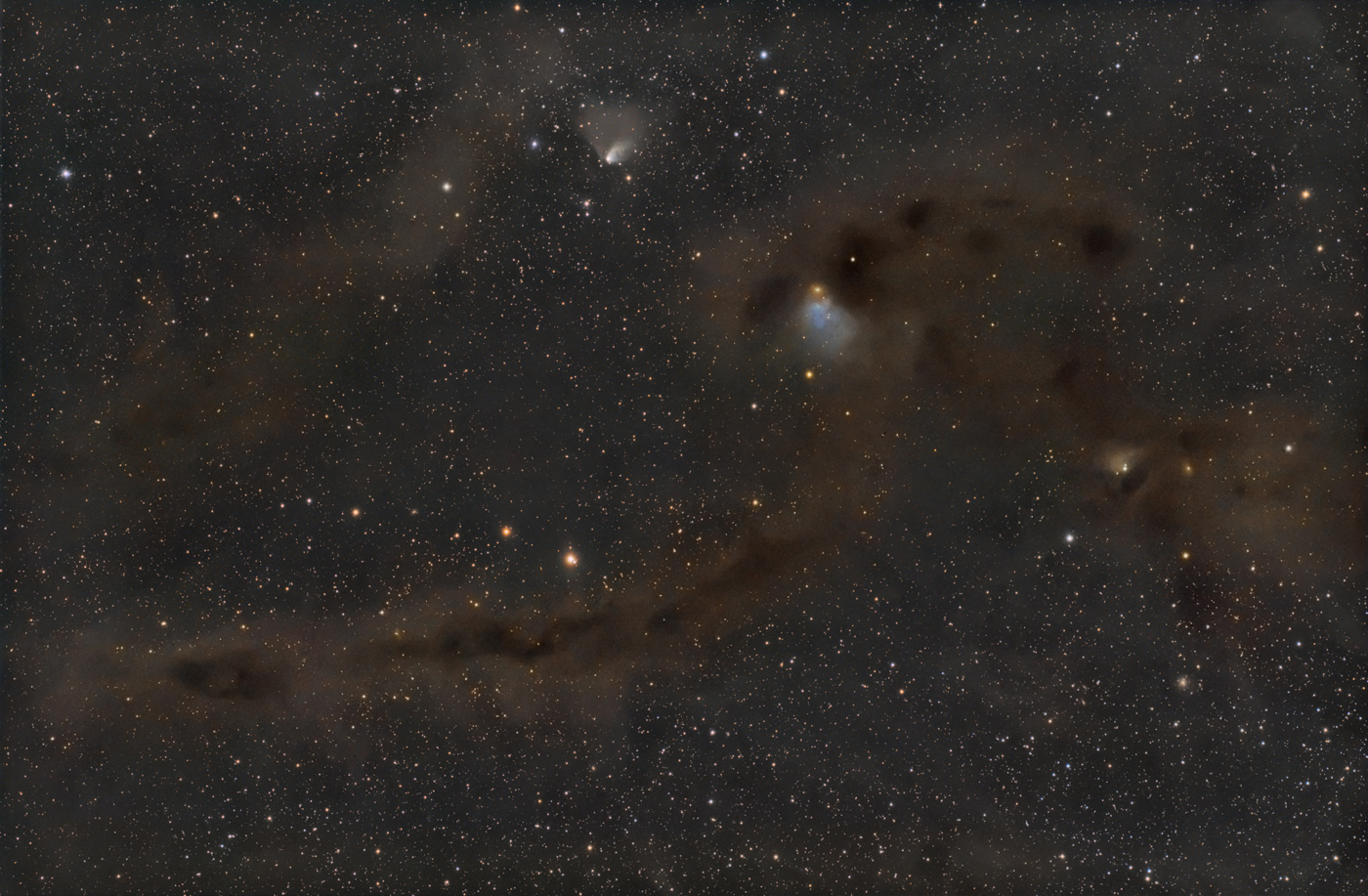 Description:
The above image was taken on two separate nights and shows several dark nebulae originally described and photographed by Edward Emerson Barnard.  In addition to Barnard 7 (B7), other nebulae in this dust filled region include B10, B209, B211/3, B213, B216, and vdB 27 (please click here to see an image with labels).  Barnard was one of the greatest of all American observational astronomers.  He grew up in poverty in Nashville, Tennessee and received very little formal education.  His love of the night sky began at an early age, but his first real job was that of a photography apprentice, where he learned about optics and the basics of photographic emulsions.  He saved up enough money to buy a 5" telescope and developed a reputation as a comet hunter (he would eventually discover a total of 16 comets during his career).  His great skill as a visual observer and comet hunter attracted the attention of Professor Edward Holden in 1887, who was the new director of the Lick Observatory.  Holden offered Barnard a staff position, and he began a systematic exploration of the night sky with the exciting new tool of wide field photography.   Barnard assembled a group of wonderful wide field photographs that document the extensive dark nebulae of the northern hemisphere, which was later to be published as an atlas in 1927.  The atlas is available online at the following link, along with interesting biographical information about Barnard's life and accomplishments.

Please check out the links to larger images (above), as well as a rollover showing my image in the context of Barnard's original Plate 5.